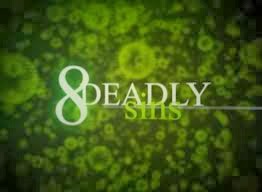 After the marathon that was getting Windows 8 onto my Mac, I am now finally in a position to comment on the usability of the desktop experience. It's nearly as painful as getting the thing installed in the first place!
I am flabbergasted by number of UI sins it commits. Here are the 8 of the most 'deadly':

For some reason Microsoft have been obsessed with 'cleaning up the desktop' for some time. The Start menu just grew and grew until it dominated the whole offering. It now feels like a shroud over the desktop - which we all thought was the main work area. But Microsoft wants to retrain us into using full-screen apps in the Metro 'style'. (Metro is a name they were using for the tiled Start Screen, which got dropped before release.)
We used to talk about getting 'lost in hyperspace' on a website when we were left on a page with no links. Metro apps will give you the feeling of being left in a vacuum.

After getting completely lost and not knowing where to go, you might start moving the mouse around the screen. The hotspots are in the very corners of the screen. There is no visual indication that the corners are hot and significant. You're somehow expected to 'know'. Without this knowledge, you'd be hard pressed to guess. You might be lucky and stumble across them. But why not indicate. It would be easy to highlight the hot corners with some kind of visualization as the mouse pointer neared the corner. Microsoft has gone for visual simplicity and clean interface to a fault here. Where ar the visual cues we need to follow our intuition? What would be wrong with just placing a start logo (or even a partial one) in the bottom left of the screen?
What's more, when you finally get the bottom left corner trick, you get a thumbnail of the start screen. As a mouse user, you might, like me, instinctively, move away from the corner to click in the centre of the icon. However, if you move you're dead. The icon disappears and you end up clicking on whatever was behind it! Talk about punishing the user. It feels like a slap on the wrist for moving the mouse.
And up in the top left corner, it's just as confusing. Somewhere the system has a list of apps or processes that are running. You get a thumbnail of the next process appear, which, when you click will switch to that task and the preview will change to the next one in the rotation. Why oh why don't you show me a list? All I want it is my familiar Windows 7 taskbar back! (On further investigation I discover that Windows key + TAB shows the very list I want. Why doesn't the top left corner hotspot work this way? It's a complete mystery!)
Now, to get system level configuration options. Move to the top right or bottom right corner - to get a panel that fills the whole right-hand side of the screen. Why can't get this panel when I move the mouse to anywhere along the right edge, top middle or bottom?

One of the most frustrating things I've encountered with Windows 8 is the feeling of hopeless isolation when I'm in a Windows application with no apparent way out. In just about every other environment I've worked in, the ESC key is my back-out clause. Not here. ESC does nothing. Try Backspace. Nothing. Try just about any other key. Hopeless. The last thing I try is the Windows key. (Command on my Mac!) Well, what do you know, I'm back on the home screen.
Stuck in a application and I can't get out of it. Windows key - obvious, Not! All it does is toggle between Start and the App I was in. How do I get back to the desktop?
(Now I know, I'll tell you: Press Windows-D, or Windows-Tab repeatedly until you highlight the desktop. Seems Microsoft realized what a problem this is, because just before release the added a desktop tile on the Start Screen as well.)


4. Displaying things that just aren't there!

The finance app tile shows an article "Apple still has magic innovation", Strangely a woman handling meat is the thumbnail. On clicking it I find a feature article about horse meat being introduced into beefburgers in Europe. Nowhere can I find the article about Apple innovation.

The only thing consistent about this UI is the blatent inconsistency.
- scrolling up and down to go sideways.
- In settings there are three word commands: Start Tiles and Help. But Start is disabled! At the bottom there are 6 icons: 5 bars (network) shows the name of the network connected to. Speaker (Sound) shows the volume. Sun (Brightness) shows the word Brightness - inconsistent. Card with greeked words (Notifications) shows Notifications. On/off switch icon (Power) shows Power. ENG icon (Locale/Keyboard) shows description US. If I change it to French (Canada) it changes the icon to FRA and the description to Keyboard! If I change it to English (Canada) Canadian Multilingual Standard the icon changes to ENG and the description to CMS.
Underneath this it says Change PC Settings. This might seem like a sub-title. But it's actually a clickable command! And what's more - it's the most significant command. And it appears last in the list, right-aligned. A sure way to imply that it's insignificant.
- Pressing Windows key when the OS loads will do nothing. However, if you have an app open, it will switch to that app, and then pressing again will toggle back to the Start Screen. Why doesn't it just switch to the desktop instead of doing nothing?

6. One OS cannot rule them all

It's clear that Windows 8 is designed for touch screens. This may be Microsoft's biggest mistake yet. Their primary audience is clearly desktop users, but here we have a UI which is designed for touch, but 90% of the users will be on desktop PCs. If they had only spent more time testing this on desktop PCs using mice and not on their precious Surface tablets - which may end up selling less units than Blackberry's Playbook!

One of the most useful features of traditional windows is the right click context menu. It's intuition in a bottle (once you know it's possible!)
However, right-clicks on this beast are a completely different experience. Right-click with either yield no result, or give you a pop-up panel, usually at the bottom of the screen, with very few options. It feels like all the power in you middle finger has been taken away.

Everything about search is wrong here. First off, did you know that you can start searching the PC just by typing on the Start screen? This might be a good thing, if Windows searched the whole system. For example,  I had a problem with the screen brightness on my MacBook Pro being too dim. Search for 'brightness' - no results. But under Settings (just below the Search box) you can see that there's an option for Screen brightness, the very word I searched for!
The search paradigm is all wrong here. The principle of type to search is very powerful. But the problem here is that all the search categories are on the right. It's hard to know straight away that your search is within a domain: Apps, Settings, Files, and other categories which look very much like Apps. The results appear on the main area of the screen on the left, but with your attention on the left of the screen, you don't intuitively realize that the control panel is on the right.
Eventually you might realize that Windows-Q brings up the App Search, and Windows-F brings up File search. But they behave differently. As you type to search for apps, the Apps are filtered in the left hand pane. As you type to filter for files, the list appears underneath the search box, and the left pane remains blank, until you hit the enter key. Inconsistent and disconcerting!
Posted by Sam Biggs at 14:48