Getting into Elite: Dangerous 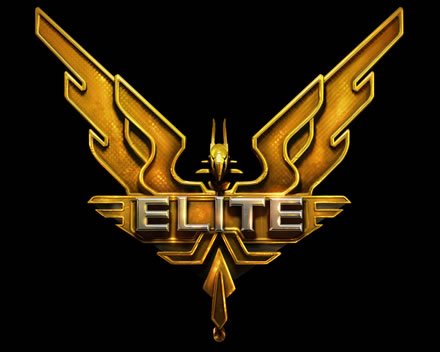 The original Elite was one of the first games that people bought computers for. It started on Acorn's BBC Micro and spread to the Sinclair Spectrum, Atari ST, Commodore 64 and PC. It was revolutionary. It has been claimed that for every BBC Micro sold, a copy of Elite was sold.
In just 16K of RAM you could explore a procedurally generated Galaxy (in fact 8 galaxies, each containing 256 solar systems) with government systems, 3D space, stars, planets and rotating space stations. You could hunt pirates for bounty, trade goods between systems and scoop fuel from stars. Later editions allowed you to take on missions to further your career and rewards.
True, the wireframe graphics were rudimenary, but any sort of 3D renderings were revolutionary for their time. But even more miraculously, Elite unleashed the imaginations of its players. Some even wrote novellas about their adventures in space.
And we dreamed that maybe one day we'd be playing games with solid 3D ships, spherical planets (not just big hollow circles) and maybe we would even be able to land on those planets and even interact with other players?
Just like the visualization of The Lord of the Rings, it has taken technology years to catch up with our imaginations. Subsequent attempts to expand the Elite Universe failed to truly impress. Maybe something to do with suspension of disbelief?

Then in 2013, A Kickstarter campaign resurrected the Elite franchise with an injection of community interest. Elite was one of those pioneering games that spawned a genre in the gaming world. Its great successor and rival was Chris Roberts' Wing Commander, which differed in that it was episodic in its story-based/scripted gameplay. Wing Commander was the biggest game of its era, spawning sequels and spin-offs - arguably the first ever video gaming blockbuster franchise. Now Elite:Dangerous has its own current revival in Roberts' Star Citizen - the largest, most ambitious crowd funded project ever. (And also heavily anticipated and seriously delayed.) Other classics which could be traced back to inspiration from Elite are Privateer, Freelancer, Starglider, Freespace, Homeworld, X3, Eve and, more recently, No Man's Sky. (Even Grand Theft Auto has roots in Elite's mission-based gameplay.)
Back in the day, Elite wowed and inspired us. Not just the idea of flying our own spaceship in an open, vast universe, but also in the possibility of what new technology could really do. We dreamed of games with filled-in 3D graphics and wondered how many years it would take to get there. Elite:Plus whet our appetites further by delivering on filled in panels in the ships. Then Frontier and Frontier II implemented habitable planets that you could actually land on, but the physics of interplanetary travel spoiled the gameplay, and it was time to reflect on what truly made Elite a great game... 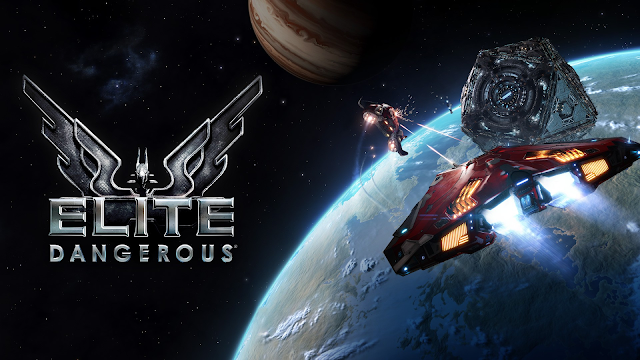 Elite: Dangerous (E:D) is what we were all waiting for. A vast galaxy of 400 billion star systems with highly detailed ships which can be kitted out for dog-fighting. A sensible travel system that ensures we can go from space station to space station in a sensible amount of time to trade and pick up missions. A strong economy-based universe in which you can trade, bounty-hunt, mine ore, explore, scoop fuel and salvage goods. And do this in an MMO environment with real friends and rivals online.
Elite: Dangerous is capable of delivering epic moments. But it can also be a very lonely and sparse place to spend your time. The game was originally released more on it's promise to supporters and potential than on it's completeness. Only three years into its development are we truly seeing it come to fruition. And with the hype of Star Citizen hot on its heels you can see why the rush to market. Frontier Developments didn't have to worry quite so much because three years on and Star Citizen is still not released. However, in that three years we have experienced some significant enhancements to Elite, including planets you can land on, surface-based missions and engineers to add to your ship's crew to enhance your performance. Oh, and we can't forget THARGOIDs, the great alien threat in Elite lore.
But let's not get too excited... Planetary landings are only on rocky moon-type bodies. We're still waiting for atmospheric worlds. Qualifying to impress an engineer requires you fulfilling certain missions and requirements. And you won't want to take on a Thargoid until you're deep into the game and prepared to make scores of inter-stellar jumps to find them. We're talking weeks of activity to increase your wealth.

Hindering its own Adoption

So this brings us to the thing that is preventing the adoption of Elite. Elite has always had this philosophy of throwing you into the great big Universe and letting you learn and figure things out for yourself. This Open Play concept is what contributes to the great sense of accomplishment you can get when you have the time to dedicate to it. However, it is also the greatest barrier to entry (and contributor to buyer's remorse). It is extremely disheartening to start getting to grips with the game, fulfilling some missions to make enough cash to buy your first ship upgrade only to be attacked by an merciless pirate who rips your ship apart in mere seconds and throws you right back to square one.
Elite has training videos and some training scenarios, which are recommended as essential in all the "How to get started" videos and articles I've seen. But you feel like you have to watch them all and train yourself before you're ready to start playing. It's intimidating.

But I have a better idea.

What Elite really need is some hand-holding for new players. It needs to drop the open play idealism and teach people how to play the game. Not through anterior training missions, but by leading them into this wonderful universe in a way not dissimilar to a Role Playing Game.
And the great thing is that it already has all the tools to do it!

Anyone who has played Elite for a period of time, and stuck with it, enjoys the immensity of the game. They like trying out the different things to do. But the recurring consensus is that there is a lack of belonging. They would like more interaction. They would like to feel a sense of purpose. That they are working towards more of a goal than just being able to afford a bigger ship. When avid players, even fans, talk about the 'grind' of the game to achieve the next goal, we have to question whether they're really enjoying the journey?
Elite as a game defined a genre. But since then, genres have been defined, created and refined. We can use some of this knowledge gain to improve on the potential of Elite. MMO's have struggled, but there are some elements that we can use to improve camaraderie between players. RPGs have been immensely successful, and there are many elements of this genre that can be applied to E:D. In fact, I believe Elite Dangerous has the potential to be the ultimate RPG in space. At the moment the party line is "define your own role". There is some fun in this, but a big part of the fun of a game is that you get to play a role, not define your own role. Come on, Frontier Developments, hire some writers: step up and become the story teller/dungeon master!

Here's how I see it working:
You install Elite and the first thing you're presented with is "Welcome new recruit. There's a vast universe out there waiting to be discovered. There are many factions in need of new talent. Who would you like to join? The Federation. The Silver Rats Pirates. The Explorer's Guild. The New Stellar Corporation. Or just go it alone?"
The Federation gives you an Eagle. The Pirates a Viper. The Corporation a Sidewinder. The Explorers an Adder. And a small budget to work with.
Who you choose determines the first chapter of your story. But it does not define your path. Whoever you align with at first, will give you a basic ship, teach you how to handle it. You could be mentored by a basic engineer/trainer who walks you through the basics and gives you a few basic tasks: take out this drone, scan this ship, pick up this canister, dock with this station, mine fragments off this asteroid, scan this data panel.
Then when you're ready, you can go it alone and you're given some story-based missions consistent with the faction you're being trained by: Take this cargo here. Locate and scan this ship and report back to us. Pick up this salvage. Go mine some ore and take the refined materials to this location for the space station we're building.
This would create a safety net around new players. It would teach them the game through gameplay, not make them feel intimidated by the game until they've gone through all the training scenarios and videos.
And once you feel confident you can continue your journey with the faction you started with, or break free and chart your own path to discover the wonders of the universe for yourself.
I truly believe it would make Elite accessible and fun for a whole new generation, immersing them in both a compelling story and an uncharted universe.

I'd hate to see E:D become the 'also ran' pre-cursor to Star Citizen, fading into Oblivion when the main act finally arrives on stage. It has so much potential to be the greatest game, deserving of so much more exposure and love than it now enjoys. Still 'open play', and less scripted than SC, but not a complete blank page in which you're expecting your players to write their own story from scratch. The original 1983 Elite included a novella to get you immersed into its version of the universe entitled "The Dark Wheel". Maybe this is the missing piece that E:D forgot?