I've been playing Elite:Dangerous for a few weeks now, and I must say that my second foray into the black was much more compelling than the first. I bought the first edition about a couple of years ago, tried a few basic missions and put it back on the shelf. Not through any lack of desire to play it, but more from a lack of time to dedicate to the pursuit and frustration that, as a MMO, it was not a game that I could pause at any time.
I've been watching the progress of the game closely and I finally bought into the Horizons expansion. Landing on moons is very cool, and certainly adds some dimension to the game that many are hoping for, but we're still left feeling like we're just being teased. So much of Elite:Dangerous just whets your appetite for something more...
One of my biggest barriers has been removed - you can save the game at any time in any location in space or on a planet's surface, unless you are in danger (meaning that you're under attack).
This makes it so much more accessible to someone like me who has limited time to devote to it.

There's one common sentiment that seems to resonate with this game and that is that it's "Not a game for everyone" and it's "Going to take some time to get into it - but there are lots of online resources than can help you." What's wrong with that picture? A game where you have to research how to play it online sounds more like a chore, a problem to solve, or a career choice - not a fun pastime!
I really don't feel it needs to be that way. Even though it's not a "game for everyone", I think it could be wildly more popular than it is. And the fear is that the community is waning.

I don't know for sure if E:D has a guiding principle for design, but I get the feeling that one thing they won't do is define your role for you. Phrases like "Play your way", "Plot your own course" and "Be who you want to be" keep coming up in their marketing. 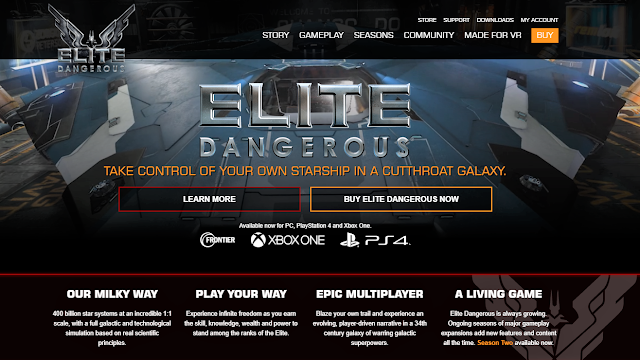 They seem to shy away from admitting actual Role Playing features, while continuing to add elements of Role Playing into the game. Holo-Me allows you to define an avatar for yourself. With the Livery you can paint your ship, add decals and even put decorations into your cockpit. (Other than major game module upgrades, of which Horizons is currently the only one, this is the only thing you pay for once you own the game.) Faction reputation & influence allows you to define who you want to align yourself with and the type of missions you will undertake. Wings and teaming up allows you to play in groups with other players. 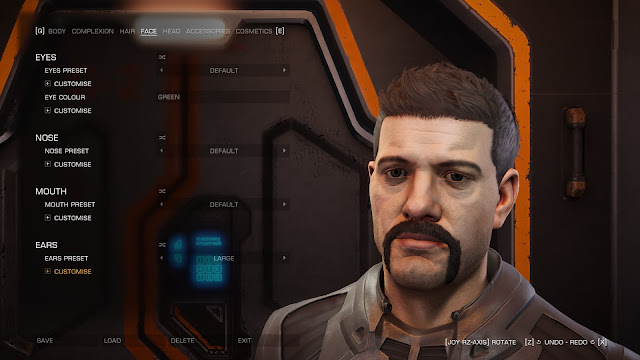 But all of this lacks real personality. What seems to be missing is the true assignment of identity. If a new player got to choose a role up front: Federal Cadet, Law Enforcement Agent, Rebel, Bounty Hunter/Vigilante, Empire Recruit, Corporate Hireling, Entrepreneur: I believe it would tie all these elements together. (See my previous post.)

Even though E:D has a back story and a lore, there are more stories developing in E:D. You could say that each player writes their own story. I'd love to see the E:D have a log so that you could review the systems you visited and remember the log of missions and activities you undertook.

Elite can have its moments, for sure. But one of the challenges is that they are few and far between and the game can be merciless. For example, I'm going about my business collecting salvage from half a dozen systems. I get to the fifth system and I'm just about to collect my salvage when, suddenly I'm under fire. The signal said Threat 0. But without warning I'm being assassinated by a band of five pirates. Not only this salvage is now lost, but four other missions failed too, and without fair warning or ability to flee. Now that is drama. It is tension. But it is not fun!
Players have stopped playing E:D for things like this. Frontier needs to do something about it.
The kind of drama we want is situations where you realize you're in danger. Give me a stand-off situation - you can give me some of your cargo or I'm coming for you. You have 60 seconds to comply. Give us a module to call the police or signal for help. Give us a way to prepare to run. Give me a way to fight or flee with a reasonable chance of success. Because this whole idea of getting blown out of space in 5 seconds flat without fair warning is getting tedious.

There's a massive amount of empty out there. Why can't a player claim some of it and start to build their own Empire? What a curve this would be! Find an unexplored part of the Galaxy, clear out any small factions that are trying to contend it, purchase/claim your own planet/moon. Start a coalition/group. Mine resources. Build stations around it. Start stocking it up for trade. As the money and resources roll in, start building outposts. Terraform your world. Build cities and commerce. Attract trade. And be ready to defend yourself!

True Exploration (Atmospheric Planets - things to find, explore, go into, experience).
Elite can produce some wonderful sights - planet-rise, landscapes on rocky moons.
Passenger missions encourage us to go to tourist sights which are often just beacons in interesting locations, but can also be natural wonders such as Ice Geysers on planets. As the terrain becomes more interesting we can only expect the graphics and wonders to improve.
We are all waiting for so much more - planets with atmosphere and weather and much more varied landscapes. Cities, oceans, clouds, vegetation and terrain.

Things to discover: Puzzles and Mysteries to Solve

There are some puzzles to solve in E:D. But they seem to cater to only the 'Elite' few. Reports of Alien activity. Find the Alien outpost site. (Why can't there be more of these that individuals can search for and find in the general course of the game? Why do all the puzzles have to be momentous & global? Why can't we have smaller puzzle chains that lead us to fun bonuses. IMO, this would have been a much better way to introduce Engineers that to have specific individuals in specific locations dotted throughout the Galaxy.)

What E:D desperately needs is more things to fly into. Fly through. Canyons, Cave systems, Outposts, Cities, Landmarks. Race courses and tournaments.
(Edit: I recently discovered that you can deploy your SRV when docked! This is awesome! You can actually drive around certain cities and stations in Horizons. If only there was something more to do that explore and scan data panels! Opening possibilities like this just makes us want more. What if there was a race track on the base? What if I get to a station, and I drive to an establishment, and I could then get out and walk to meet a shady contact who gives me a secret mission not available through the normal bulletin boards... What if the last stage in contending faction control was a ground combat scenario on the planet's surface to overthrow the base?)

E:D continues to whet our appetites but in many ways it still feels like an elaborate preview.
Even though it is at least a released game with actual gameplay, sadly, sometimes it does not feel much more involved than watching a Star Citizen demo.